The Diplomat 10-5-2020 (https://thediplomat.com/2020/10/us-presidential-elections-2020-the-taiwan-factor/) advises that Taiwan’s strategic calculus could double down on its use of soft power,  e.g., Taiwan made its donations quietly to avoid Beijing’s ire.  Brookings (https://www.brookings.edu/opinions/increasing-soft-power-is-a-low-cost-high-return-strategy-for-taiwan/ )  1-22-2018:  Increasing “soft power” is a low-cost, high-return strategy for Taiwan,  “soft power ”— may prove every bit as valuable for strengthening Taiwan’s standing over the long run.  Financial Times (UK) 12-3-2020: Anxious Taiwan launches US charm offensive to win Biden’s backing.  This is sort of soft power applications.   Bloomberg 11-2-2020: Women Are Leading Taiwan’s Public Relations War Against China. Taipei’s representative in U.S. makes use of soft-power edge. The women running Taiwan are looking to boost a soft-power edge over Beijing and promote an inclusive democracy system. (www.bloomberg.com/news/articles/2020-11-01/women-are-leading-taiwan-s-public-relations-war-against-china?utm_source=google&utm_medium=bd&cmpId=google) However, Washington Post, 5-20-2020: There's a limit to what this soft power can achieve ...  Taiwan was unable to compete with China's economic and political clout, Taiwan has seen its already small list of diplomatic backers diminish ...

Another survey, the UK based Monocle's Soft Power Survey ranks nations according to their culture, politics, business, diplomacy and education rather than their financial or military power, drawing on US academic Joseph Nye's notion of applying power by persuasion and attraction rather than coercion or force.  Taiwan always failed Monocle prior to 2019.

Brookings (https://www.brookings.edu/opinions/increasing-soft-power-is-a-low-cost-high-return-strategy-for-taiwan/ ) at 1-22-2018 commented that Increasing “soft power” is a low-cost, high-return strategy for Taiwan,  “soft power ”— may prove every bit as valuable for strengthening Taiwan’s standing over the long run.

In 2010, Dr. Joseph Nye said hard & soft power enable Taiwan to deal with China and expand its international space. (Dec. 8, 2010)   In 2010 Annette Lu, former vice-president of the Republic of China (Taiwan), advocated the ROC's use of soft power as a model for the resolution of international conflicts.  However, in 2013 a series of food safety scandals in Taiwan has hurt consumer confidence, and now there are worries they could dent the island's economic growth and damage tourism (BBC, 11.19.2013).  Food safety issues continue till 2018.   USA Country Reports on Human Rights practices, 4-20-2018:●the justice ministry was insufficiently independent and conducted politically motivated investigations of politicians.  According to Taiwan's national Chung Cheng university survey 2-23-2016, about 80% Taiwanese don't believe the impartiality of Taiwan's judiciary (prosecutors and judges).     At Jan. 29, 2015,  Taipei mayor Ko Wen-je in <Foreign Policy> commented Taiwanese democracy: "Does Taiwan have democracy? Real democracy means politics belongs to the people. Taiwanese politics belongs to corporations and is controlled by political parties".

In 2007, Yale published a book ""Charm offensive: How China's soft power is transforming the world".    Taiwan also stated "Taiwan is small, but our 'soft power' is big ! " , "Culture makes Taiwan great ! "
The true answer is : Taiwan's soft power needs to be improved  !

Taiwan is not included in soft power survey as well as 2015/2016 Quality of Life survey.

According to Monocle's soft power survey, each top-20 country has its special or stronger part, e.g., Korea soft power - A wizz with technology and now the pop powerhouse of Asia,  Japan soft power - Goodwill to all Japanese , thanks largely to a dynamic pop culture, Australia - Smart thinking has added to vast natural reserves of soft power, and China - Chinese government's continuing poor treatment of artist Ai who was prevented from travelling outside the country despite his growing global popularity and a successful year, USA -  continues to lead the world in investment in world food and health initiatives, plus tackling climate change, but it's military reputation of 2012 was further tarnished following reports of secret drone attacks in Pakistan, and its overseas occupations and unmanned drone strikes, plus an insular outlook during the recent election, lost the US its top spot..

"Formosa" means "a beautiful island", however, some media of both Taiwan and China (新週刊New Weekly) comment the best attraction in Taiwan is Taiwanese people itself. (an ambassador from S. America said so too)

◎ <the China Times> 5-26-2015: "We should pay attention to a poll on the net in Hong Kong, it says Taiwan is the most disappointed place for the tourists, because Taiwan's night market is the only place worth to visit." (<media commentary> scholar's view "掉漆的文創")

Some examples are listed as below:

ps:  the logo of Taiwan Ministry of Economic government, since 11-9-1993, next 2 are logo of Canadian Pacific Rail, since 1968.  It's a cheap-copy suspect.   Besides, Taiwan's official document states their logo "easy to identify and associate with Taiwan's brand ... a simple shape and modernized & internationalized, aesthetic design " ; but, exactly on the contrary, it's neither modernized, nor as aesthetical simple as CPR's logo...

1. Luc Besson's movie "Lucy"  shooting in Taiwan particularly includes Din Tai Fung ―  which is not only the most famous Taiwanese restaurant but also even a landmark of Taiwan,

Best night-market-food in Taiwan : oyster omelet (introduced by Discovery channel of USA) ―  it is most typical Taiwanese food( street snack everywhere in night markets), but not exquisite & elaborated food.  a TV program expressed many oyster omelets use peanut (fatal aflatoxin was usually found in this kind of food) powder and some unknown ingredients/addictives.   intro. to Taiwan cuisines

Taiwan's food  safety scandals till 2015 :  poisonous, black hearted food in Taiwan for 20-30 years, click for details
Major world media like The New York Times and The Economist (11.29.2014) comment a series of food safety scandals is one of few main factors causing the KMT, Taiwan's ruling party, has suffered one of its worst electoral defeats since Chiang Kai-shek and his forces fled to the island at the end of Chinese civil war in 1949.

My article in <the United Daily News> (Oct. 2007) mentions Taiwan's ad. creativity has been lousy for a long time.   In the past 10 years, Taiwan is about in the last place in Cannes Ad. festival, world best ad. contest.   (Even Vietnam, Philippines, red China are bit better than Taiwan)

Take Taiwan's national ads : "UN for Taiwan" (Taiwan to join the UN ) , as an example :

As for Taiwan's business ads. or TV commercials obtaining winning records in int'l ad. festivals , are not all so original,..... or not very sharp-witty  , i.e., making love with an insect symbolizes insecure sex, or stick out (very out) the tongue to make a funny face, ...... are students level ideas.

An essay <China Tames Rebellious Side of Rock "n" Roll> in <New York Times>, likened today's Red Chinese pop music culture to the politically enforced conformity  of the Cultural Revolution, the core of songs is "have fun", culture has become an empty vessel, there are few hints of angst, alienation , or any but the mildest expression of teenage rebellion.

Taiwan's pop music was tamed by political pressure in the past, the "opposition culture" in Taiwan's music field was almost eliminated.

Today's music is in a money-oriented environment.

Very few people notes an usual case :  two most popular singers, Wu-bai and S.H.E. (hottest in China too) sing 2 same-name songs, namely all the same as Chinese translation of "Brave New World" - a classic literature regarding man-handled white-terror tyranny.   S.H.E. seems so happy and exciting while singing this song.

In contrast, Apple Computer's famous commercial <1984> comes from another white-terror literature  "1984" written by Orwellian.   Ad. research papers mention one reason it succeeds ( the most remarkable US ad campaign, although aired only once ) is that people are curious about the mystery/puzzle -  a tyranny in a free country.

United Daily 10-31-2019: Plagiarism again in Taiwanese design field !!  an art-work in Tai-Nan art festival copied UK's, another art-work on train (government's project) copied Russian's ...... All Taiwanese designers should respect themselves and take these cases as a lesson.

Apple Daily, opinion, 7-20-2018 :  Taiwan ( Taiwanese everywhere) lacks of aesthetics accomplishments,  particularly those in power can allocate resources have "really turn me off" taste (倒盡胃口),  Taiwan's public art works are too vulgar to be endured (俗不可耐), and some are sort of cheap-copy works (仿冒竊).

Dec. 8, 2012 : To everyone's surprise, 2 out of 3 artists in Taiwan government's selection for participating Italia Venice Biennale are foreigners !  This means Taiwan does not have talented artists??

Many Asian countries have great ambition to do city-marketing by arts expo.,  there're 8 arts biennales will be taken place in Sept. 2008. 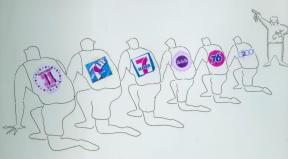 ◆   Taipei Performing Arts Center was selected as one among "the transformative buildings set to shape the world" in 2021, in that the eye-catching building has a planet-like sphere protruding from one side - will undoubtedly serve as a contemporary landmark for the Taiwanese capital;  however, some look-alike sphere buildings were already designed earlier  ― all "plug" into a central cube.

UDN (聯合報) 10-23-2019: Taiwan is far behind in urban construction, in contrast, some metro in Asia always have astonishing architectures ...  (brief)

below are Taiwan's "Face" buildings :

An article by VIP professor in Taiwan major newspaper 2002 asserted  :  " Copy is humanism spirits" 、 " How can we enjoy & bear those original designed  architecture by Taiwanese !? "

☉  Taiwan's movie fail to create better humour like "Lost in Beijing" ( red Chinese film banned by CHN gov.) .
☉  Taiwan's all-time grossing film, <Cape No.7>, is not CREATIVE, is not a witty comedy (some world best media position this film as comedy), but attracts lots of Taiwanese by some simple ideas( i.e., sort of slapstick) and culture elements.
☉  Taiwan's <You are the Apple of My Eye> of 2011 is very popular in TW, HK and Chn, but most of it's boyish humors are not witty & stylish, this film attracts audiences by stoking collective memory of their youngsters age.
PS: Taiwan's films only won 2 awards in Taiwan's Golden Horse film festival (China and HK won most awards), which is the worst in latest 20 years.

About 10 years ago, ROC on Taiwan government together with <The United News> system organized a Taiwanese team to participate in Euro's largest humour contest, ＜Kokke Heist Humour & Cartoon Festival ＞，only 3 artists (including Zola Zu) were selected.

Almost all juries withdrawn from <Courage World Cartoon Contest> (ranking world No. 1 for some years) , due to "seems political" reasons .

Both animation and cartooning need creativity, but at present Taiwan doesn't have that environment.

Taiwan youngsters like "Kuso" stuffs, however, formula/routine mind is not good enough for cartoon creativity.

However, <NPM> seems to look down upon the talent of Taiwanese designers.

ps: "tech. oriented" product design like <idea> contest, <if> contest is not discussed in here

◎ Surgery / Taiwan's excellent surgeons perform many operations simultaneously - happened quite often in Taiwan...
◎ Medicines /  the quality of prescription medicines in Taiwan is from bad to worse...
◎ Bribery / the institution needed to be paid bribery most is judiciary system, second is Taiwan's medical and health services ...
◎ full text pls. ref. to  Taiwan Medical services  or  http://Courageworld.ch/TaiwanHospitalsMD.htm ◎

(1) Not easy to upgrade "Made in Taiwan" to "Create in Taiwan",  since Taiwan has very few experts in creativity. (government does not think highly of them)

(2) Most Taiwanese professors (PhD) do theoretical studies, don't have talent (some even are not interested ) on witty creativity/design.

(3) Ph.D usually is required for college teacher position, it's one criterion for Taiwan government to evaluate all schools.  Un-talented teachers can't train students to be talented.

(8) Taiwanese government kicks cultural creativity to the corner , in that creativity seems no use for political election, but requires extra efforts on social controls/adm.

(9)  Taiwan's government prefers to use his own men.

to be continued, if necessary

ps2:  Other researches : finger-pointing moon results in that ear will be cut (28.3%) , chopstick knock bowl results in being a beggar (22.3%),  swimming in July (Lunar) results in un-luck (64.7%), whistling after sunset will encounter ghost (37%), pregnant woman using scissors will give birth to an abnormal baby(32%)  - reported by <Apple Daily>5.29.2005  (largest and best news evaluated by university)